Clean up... I have some random stuff to share!

I was LIVE on local radio yesterday! I'd shared a post on the Kaukauna Coffee & Tea and Make.Do FB pages about the "crafty" relief efforts for animals in Australia. 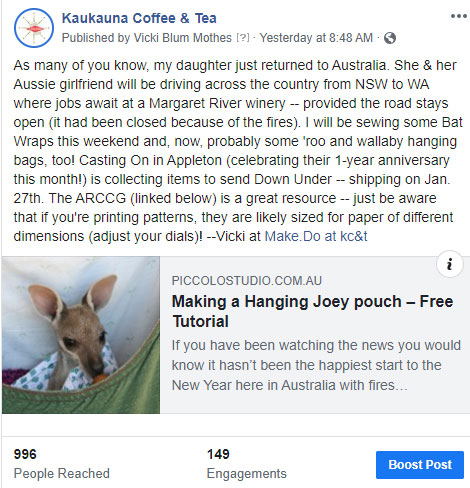 The host of a local radio program, who also happens to be a patron at KC&T, saw the post and got in touch with me about doing a short segment on the show. Did I mention LIVE? Yikes. I don't know anyone who actually heard it... I'm sure I rambled a bit.

I'd planned on making some Bat Wraps -- and I'll still make a couple -- but the need for those isn't as great as it was, so I think I'll make some cozy hanging pouches! I absolutely love that there's a daytime pouch (so little joey can look around) and a nighttime version (you should be sleeping little joey!!).

For more info: Animal Rescue Collective Craft Guild (FB Page) and (FB GROUP). I find the GROUP page to be a bit more helpful, especially the links on the left for Announcements (current info & updates from admins) and for Files (where you can find patterns, tutorials & specs for knitting, sewing, and/or crocheting all the items they need). Casting On, my local yarn shop in Appleton, is collecting items and will be sending a big box (I hope) to Australia on the 27th!

Coincidentally, after telling Maddy that I was going to sew up some BAT WRAPS, she sent me a message (she'd posted on IG a day or two earlier about fruit bats, including one caught in a fence):

THANK YOU for the bat wraps!!! The lady who came to save our bats definitely used them, it was amazing! They cling onto the little stuffed pillow part and then you wrap the rest of it around them to hold their wings and claws down. Dang they're adorable.

I'm certain that not everyone shares feels that way about fruit bats (they're huge!), but many do... and I love that she does! 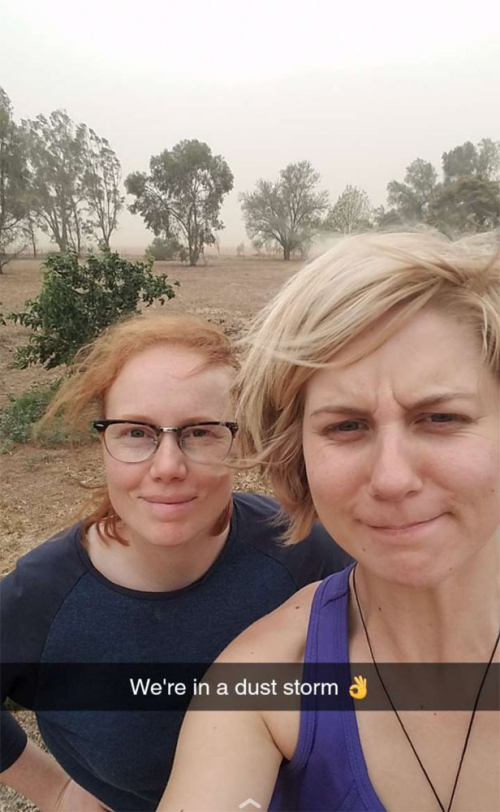 This photo was awaiting me in Snapchat this morning. She told me yesterday that the smoke had cleared up considerably where they were, though there were still fires around... and now (then) a dust storm!

In unrelated news, we built this a day or two after Christmas: 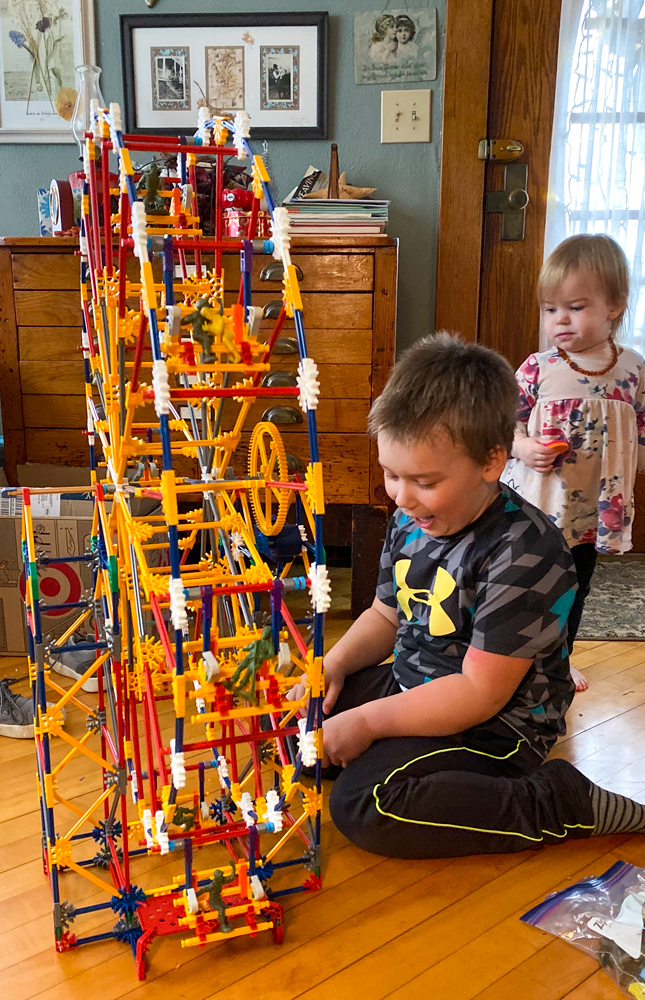 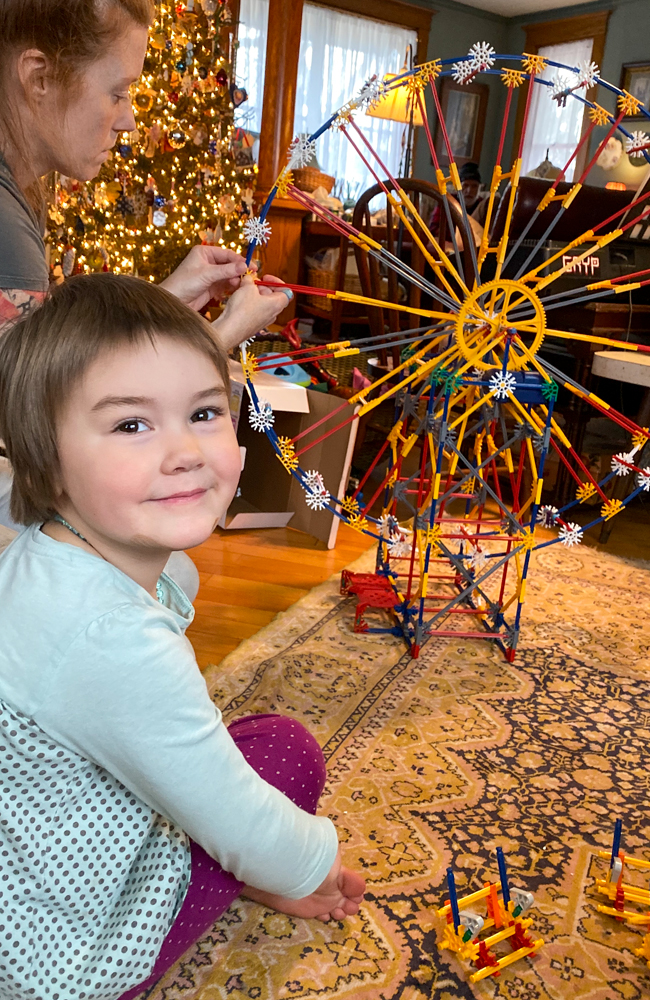 All the toy soldiers had a fun time on the motorized K'nex Ferris Wheel!! That was quite the project -- Ali started it, and Annie & I chipped in to help. The kids LOVED it!

I took some detail shots of the laundry bag that I made for Kate: 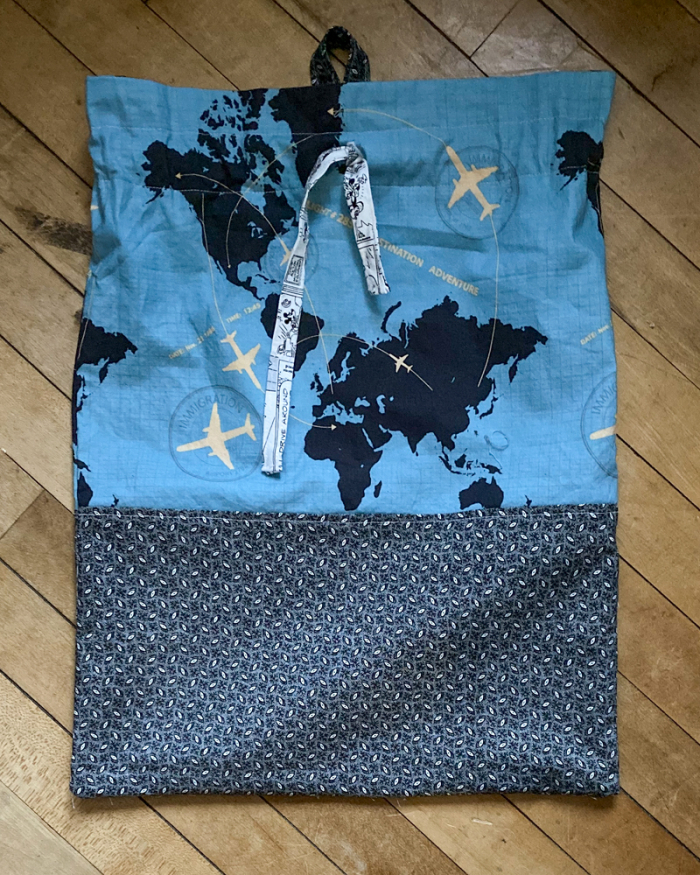 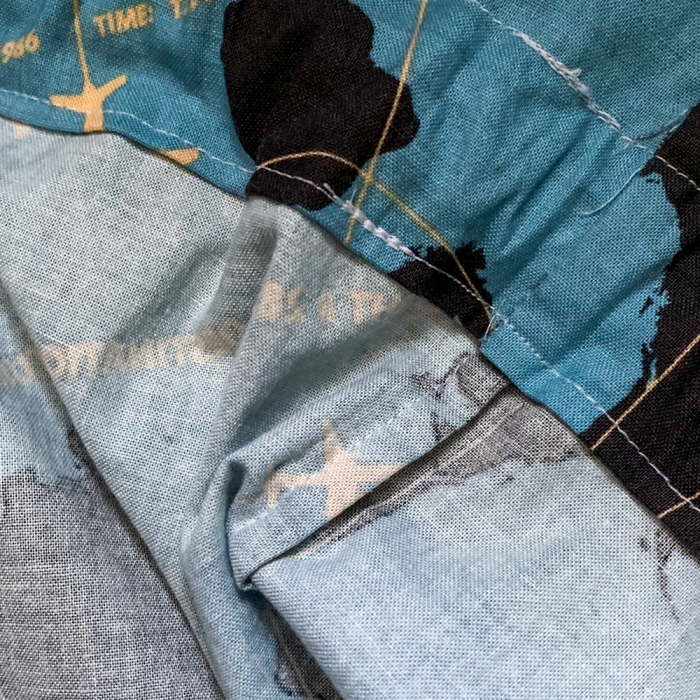 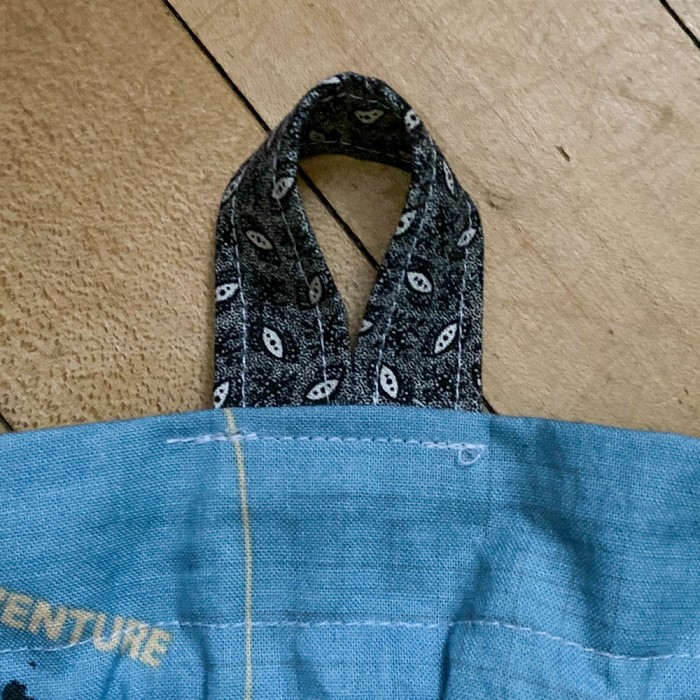 We are currently hosting our first Airbnb guests of 2020. Packers fans, they arrived from Seattle last night and are here for Sunday's NFL Playoff game in Green Bay between the Seahawks (coincidence!) and the Packers. It seems like ages (though only a month) since the last time we had Airbnb guests up there... 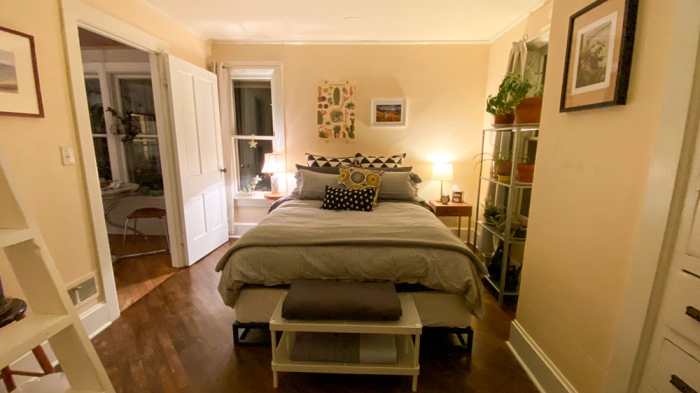 So I watered all the plants and fluffed/cozied up the bedroom. 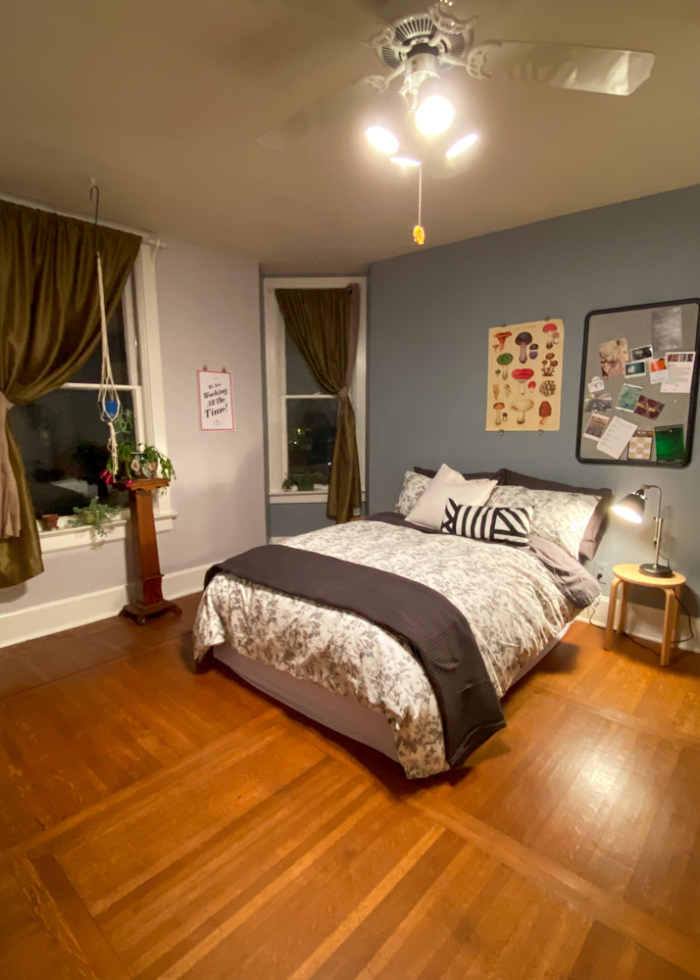 Since Maddy cleared out the storage unit when she was here, there was another bed available, so we're transitioning to an actual full-time second bedroom. I have a nice queen-size air mattress that I would put in here, when needed, and had sort of resisted the idea of a permanent second bedroom... until I was recently searching for Airbnb accommodations for an upcoming #whirlwindarttripwithkate and realized that I prefer to book two beds/two bedrooms when we're traveling, so why not? In a lot of ways, it would be easier... and why not just TRY IT! I can always change my mind. Since I took this photo, we've added an actual bedframe (I'd initially ordered the wrong size - duh), and it will continue to evolve...

And also, this again today:

I've earned Superhost again for the third time in a row! Yahoo! Come and see me! Tell your friends!  :)  The Artist's Perch.