There's a list of them. Making the Garden Room a bit more comfortable in the colder months moved to the top and Rusty's been busy. 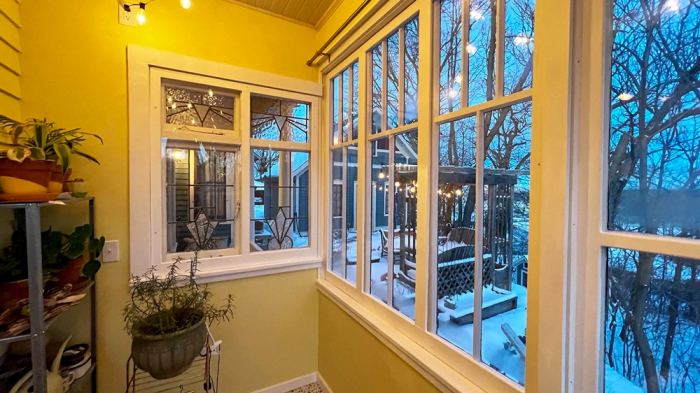 First, he made interior storm windows... because why buy them when you can make them yourself? (I can think of one or two reasons, but whatever...) They're not perfect, but they're in and they do seem to make a difference. 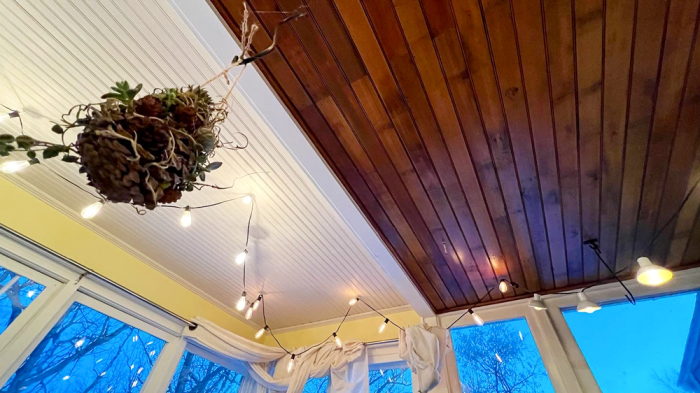 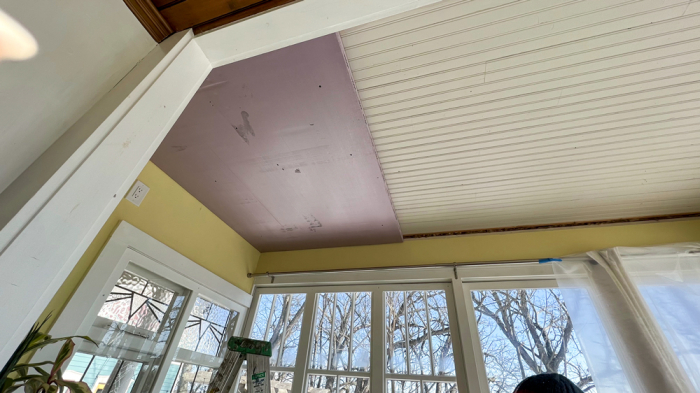 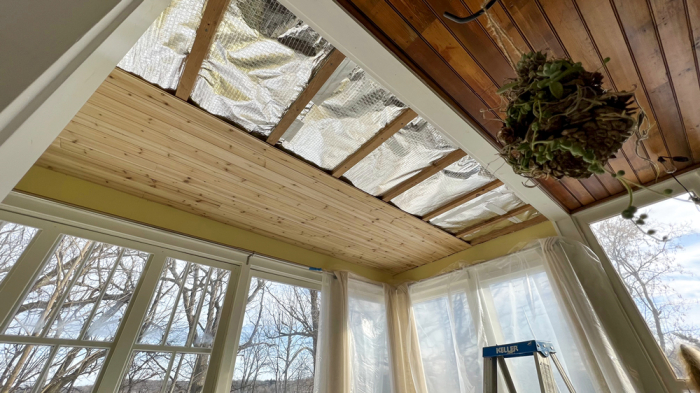 He started with foam insulation board, then some sort of paper/foil barrier; he "found" some lathe strips in the attic, and finished it all off with some bead board similar to the old stuff. The grooves aren't as deep and it's new, but it should age well. 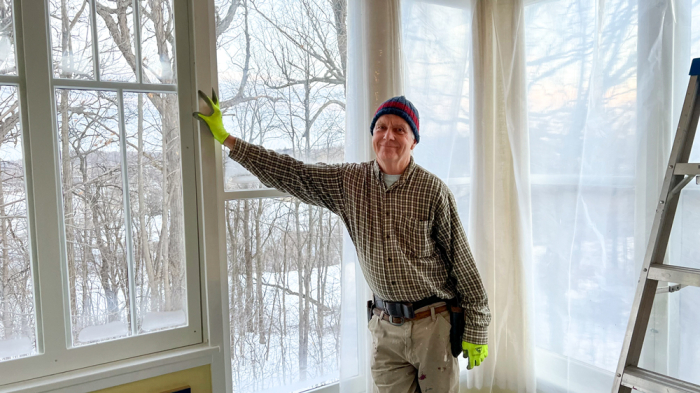 This is classic Rusty-on-the-job. I have a few of these from over the years... sometimes with a banana or cup of coffee in hand. 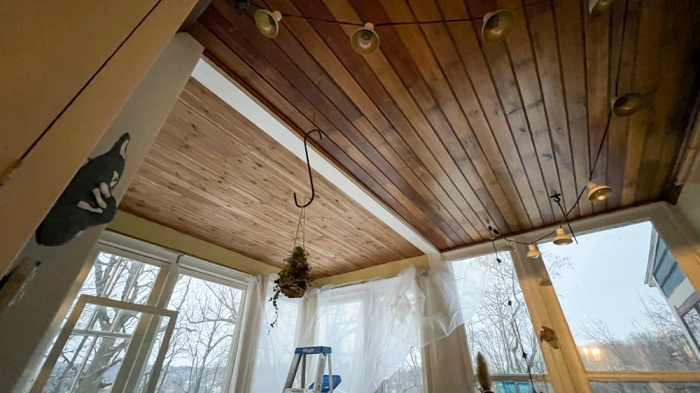 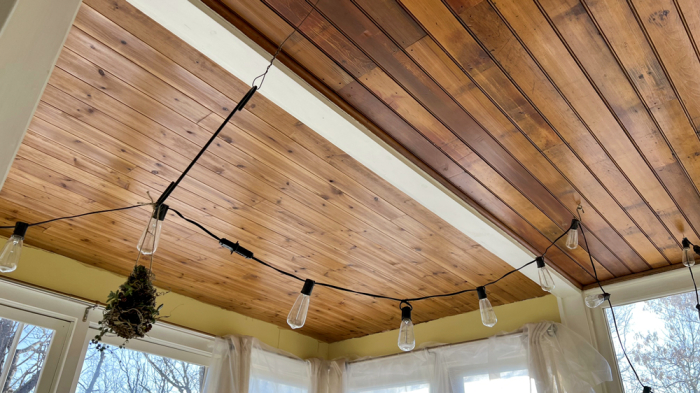 The wood on the old part of the ceiling was reclaimed from a closet that used to be in the kitchen. A couple passes with some stain and varnish, and it's pretty darn close! 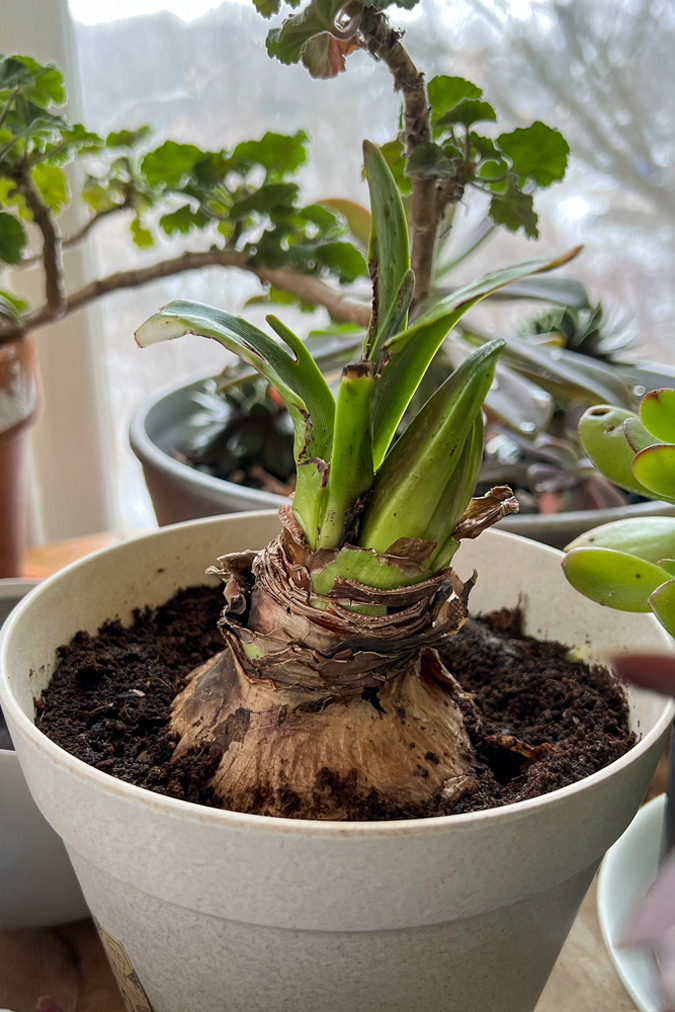 The plants should be happier with the cozier digs. This is one of two new amaryllis, exploding with flower buds! (The other one is biding its time.) I can't wait!

Next thing on the list is the long-overdue laundry room floor! There will be some major cleaning out & purging in that process. Stay tuned.

Oh! We have new neighbors! There's a tragic tale about the house next door, and it's been vacant since last summer -- sold, flipped, and finally (I think) sold again. Looking forward to meeting them and PRAY that we got some "good ones" again.