Nightmares From Down Under

She begins her way back to New Zealand this afternoon!! You can click through, below, to read her thoughts about NZ Round 2 and other things. I'm going to miss her! It's been great having her around (not to mention she re-painted 90% of my kitchen), but she won't be gone quite as long this time. And then we'll see what new adventures are afoot... I'm pretty sure that a dog will be central (she even refers to her imaginary future dog by name), no matter what!

Junah's birthday is this Friday, but we had an early celebration on Monday night so that Maddy could be a part of it, too!! (photo cred to her) 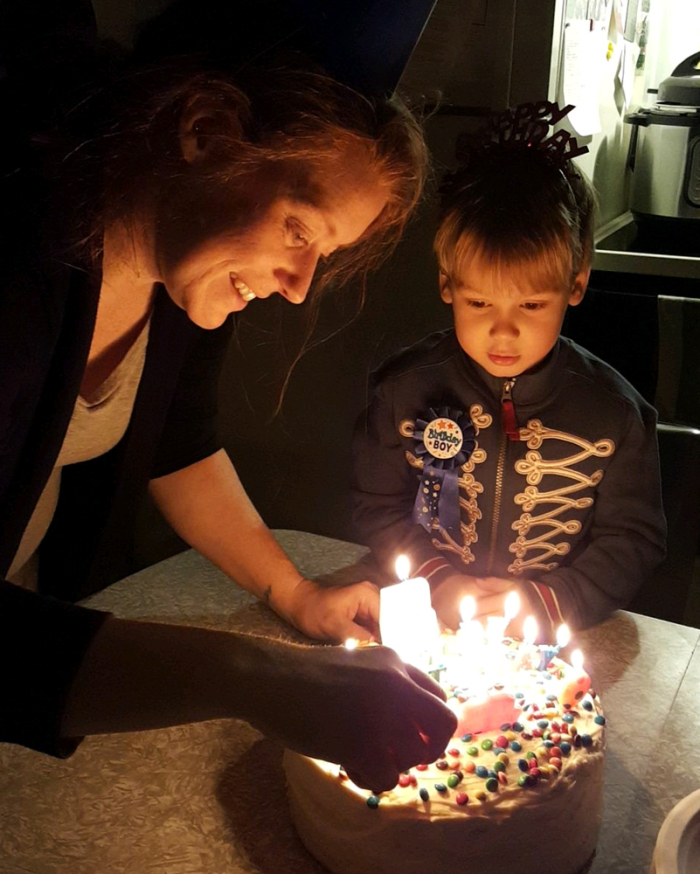 It was SO MUCH FUN!

Oh my goodness, 4 is going to be amazing.

I knit this adorable hat using leftovers from Gin's Elwood, and I couldn't be happier (except that I wish I'd knit it one size larger) (listen to the voices in your head!). 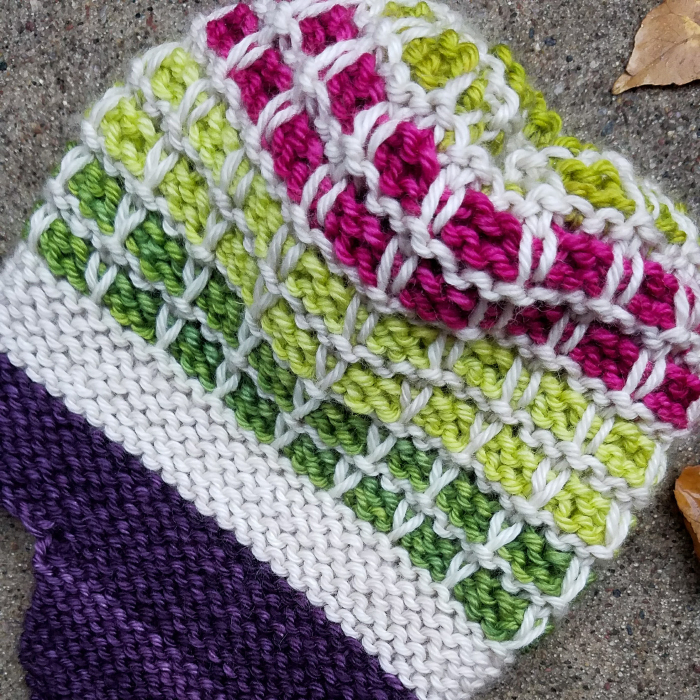 I used my I-cord maker to make the ties (in mere minutes!).

I used all of the purple leftovers, subbing in the white to finish that section and also to carry throughout for the lifted stitches. With the exception of white, the other colors are striped in the same sequence as the sweater. It coordinates with the sweater in a very matchy way without matching.

There are still leftovers! I will likely riff on this pattern again... 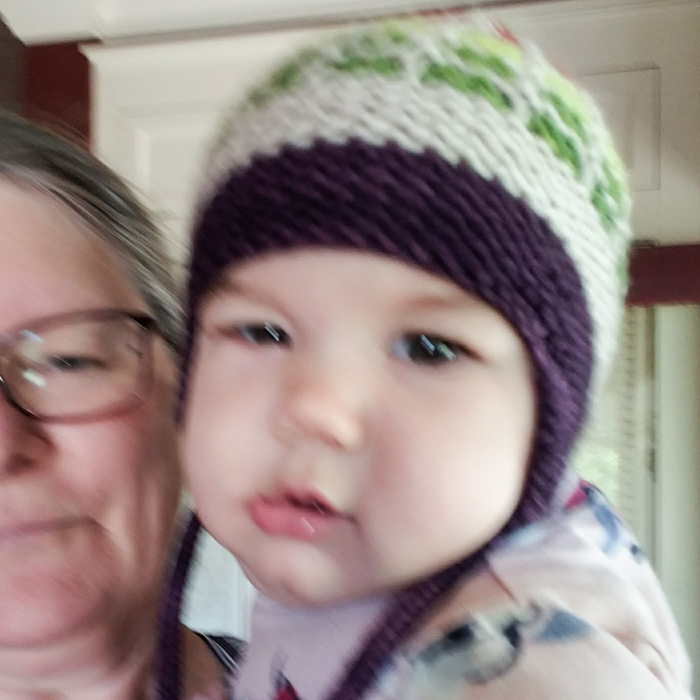 This is the best modeled shot I could manage yesterday. Selfies with a wiggly, grabby 5-month old aren't easy! She grabs for everything and is almost desperate to instantly get whatever-it-is into her mouth -- a continuous motion. (I had to save my phone!)

Her mum says that she had a bad night last night and the morning wasn't so good, either; she may be getting close to cutting a tooth.

Or she has a cold.

Also, I predict that she'll be sitting up on her own for extended periods this month. She is absolutely fascinated by Jün and his antics... I get the feeling that she can't wait to join in!! 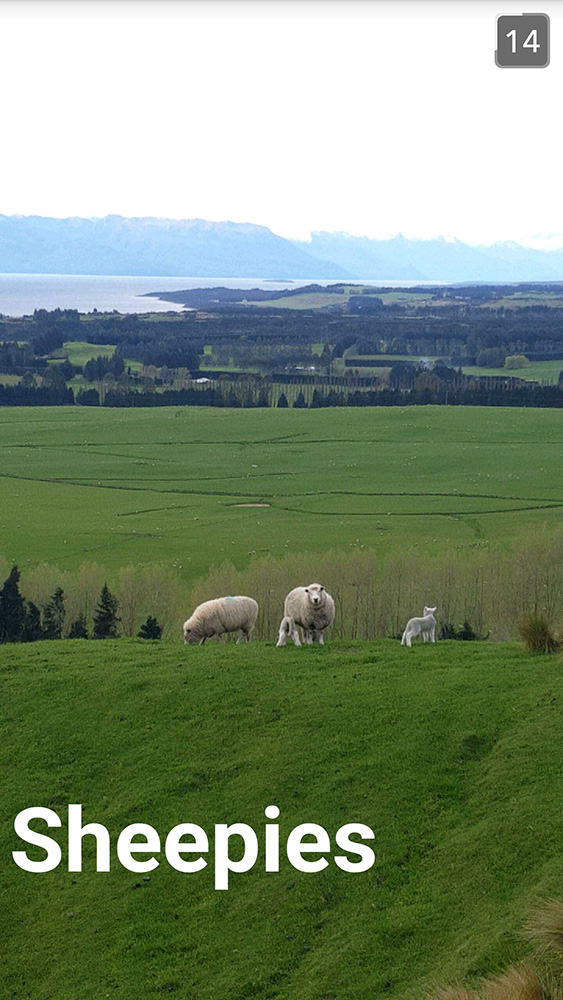 Madventures. She's been adventuring like mad, but will soon be settling in for a little bit... 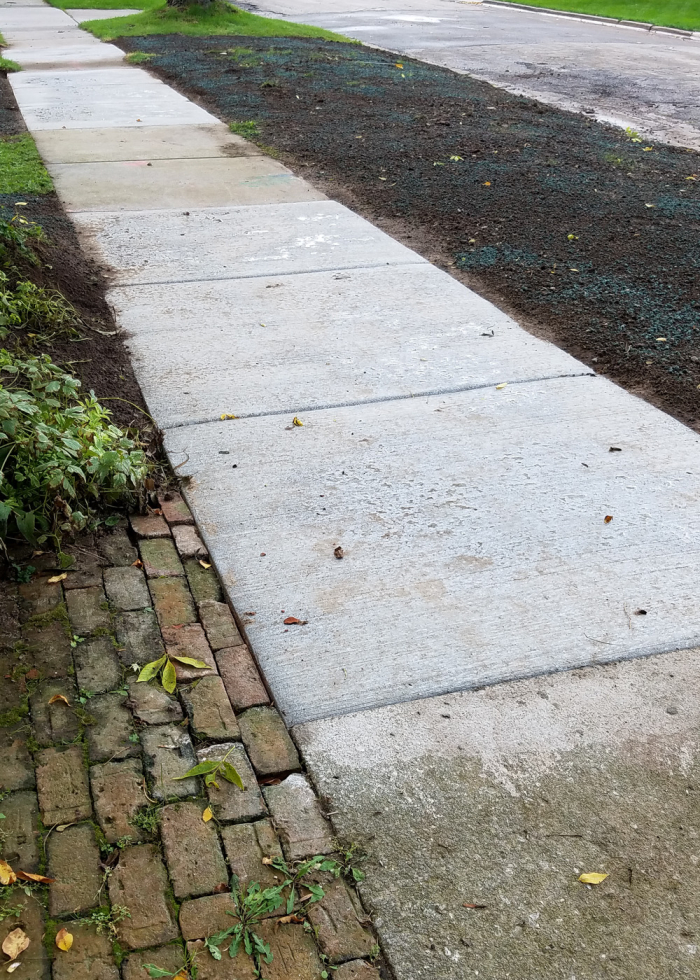 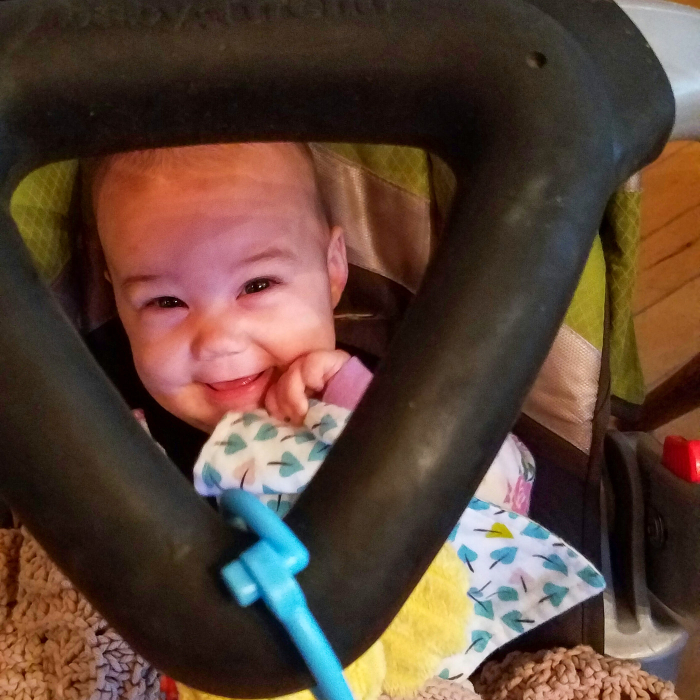 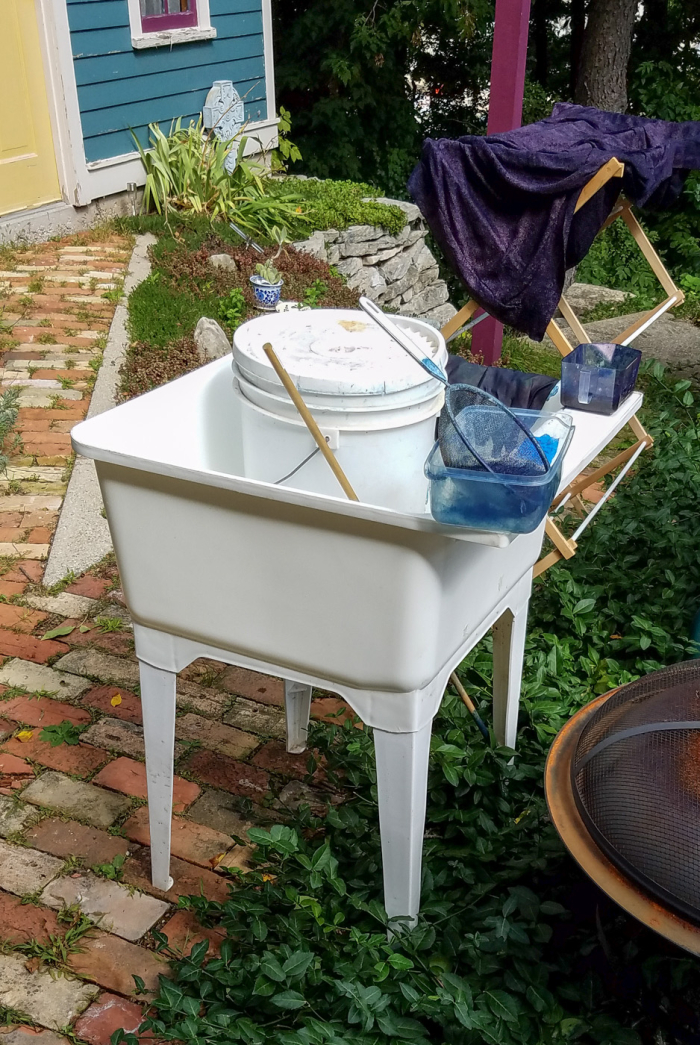 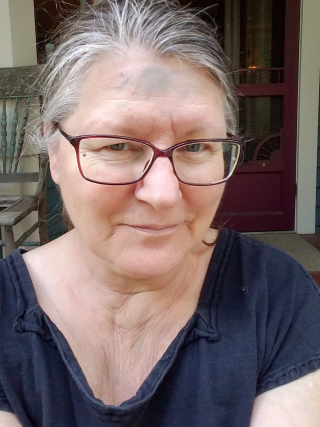 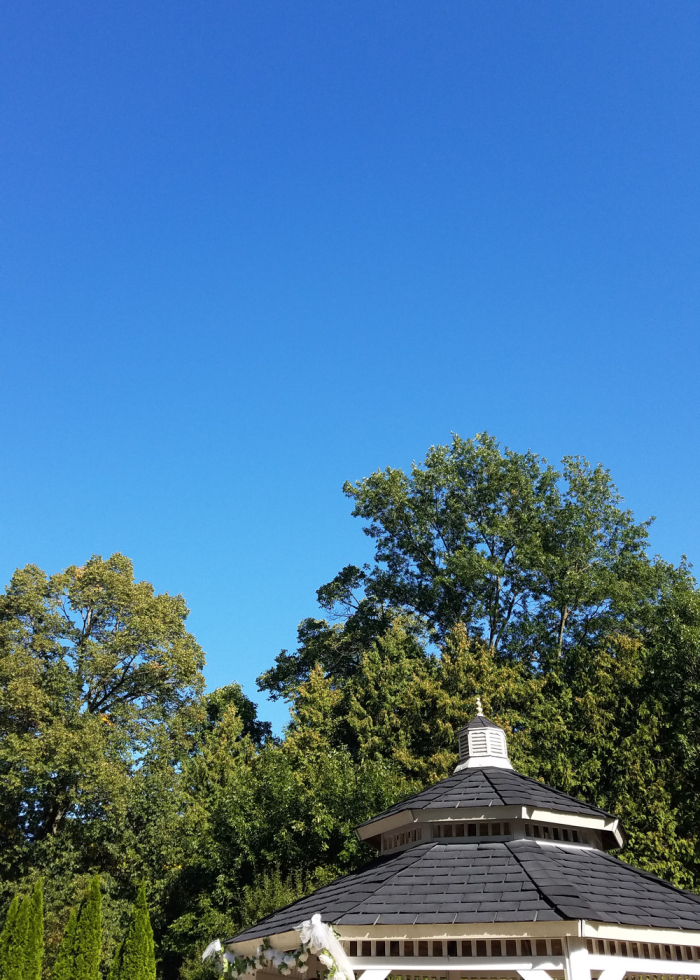 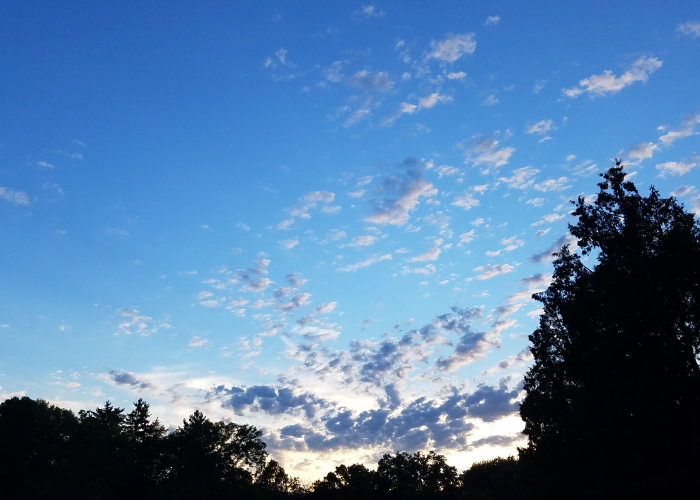 Last week, Wednesday, I drove over to help Maddy vacate her apartment and haul the remainder of her belongings back home. After a lot of hard work and saving, she was in the final stage of preparation for her year-long trip to New Zealand (and beyond). 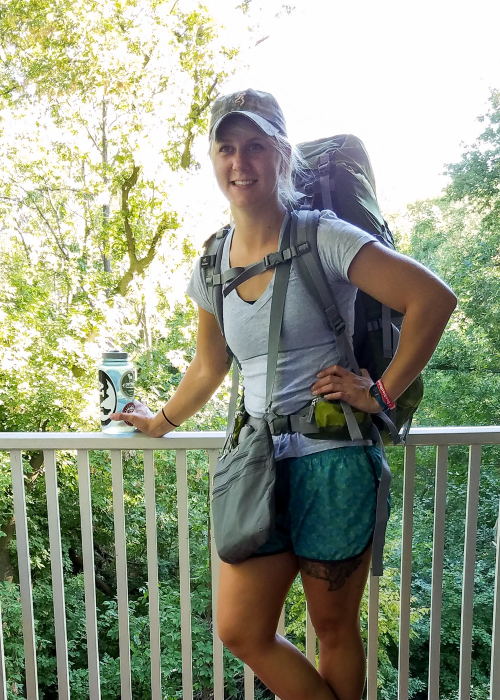 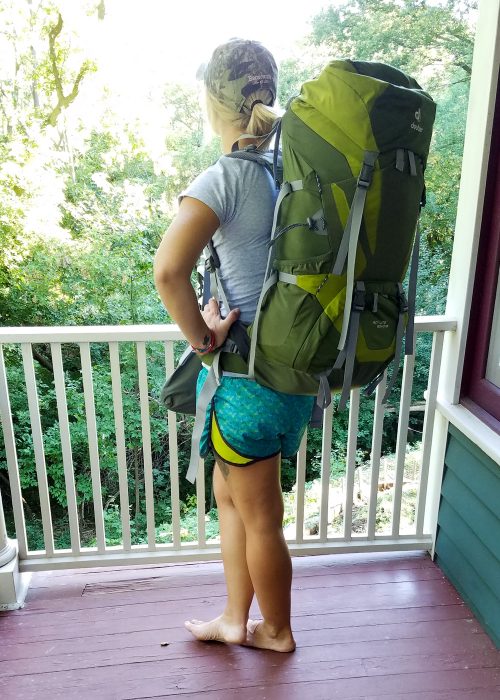 There was practice packing! And that is it... with the exception of hiking boots that she isn't wearing in these photos, it's all in there... clothing, shoes, toiletries, a towel, tent, sleeping bag, and cooking gear. Believe it or not! 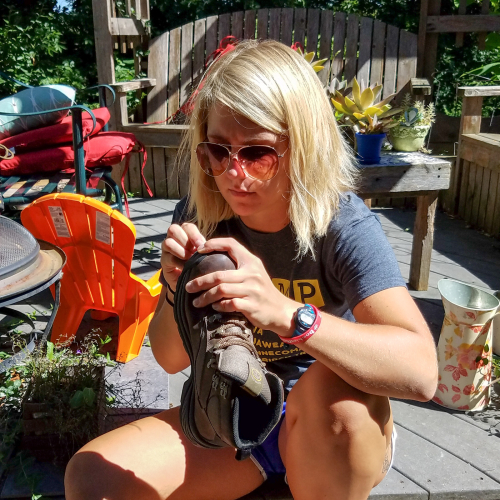 There was detailing of the aforementioned hiking boots, making sure they were free of any and all dirt! Toothpicks were employed. (You can lose your footwear at entry if they're not spic & span.) 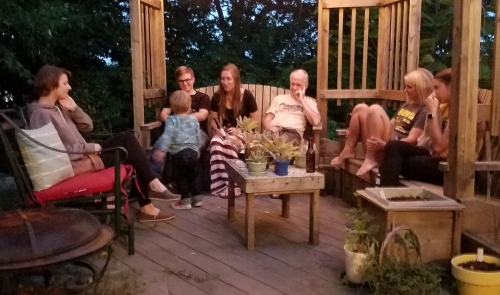 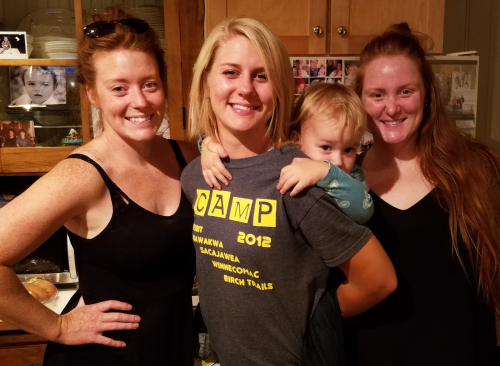 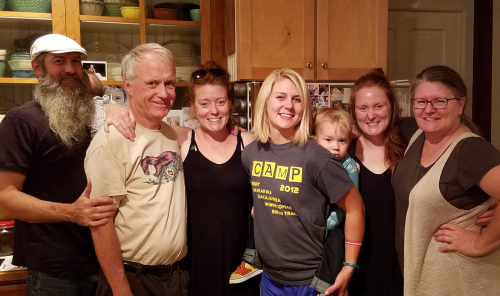 There was a weekend in Milwaukee visiting friends, then a fare-the-well gathering at home with friends and family.

Here's her quirky & hilarious first GoPro video from a few nights earlier at home when Ali & the kiddos were over. Maddy's friends & coworkers chipped in and gave her a GoPro HERO Session as a gift! (I can't wait for more!!) 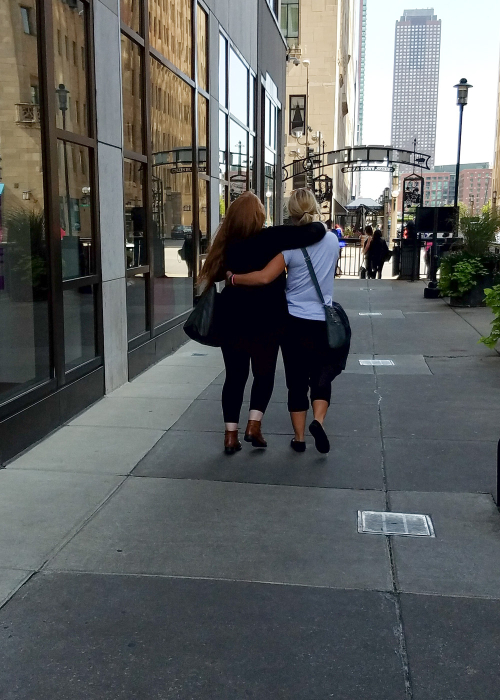 Finally, it was departure day!! Kate, Maddy, Rusty & I all drove down to Chicago on Tuesday morning. 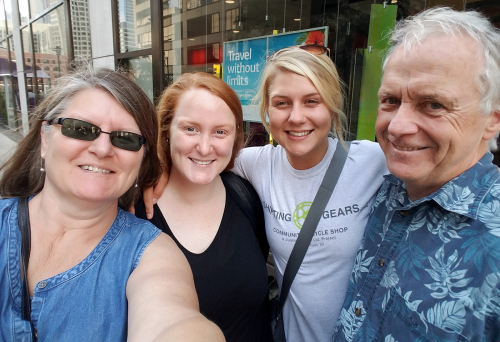 We had a marvelous farewell lunch at our favorite spot, The Purple Pig*, and then drove out to the airport. 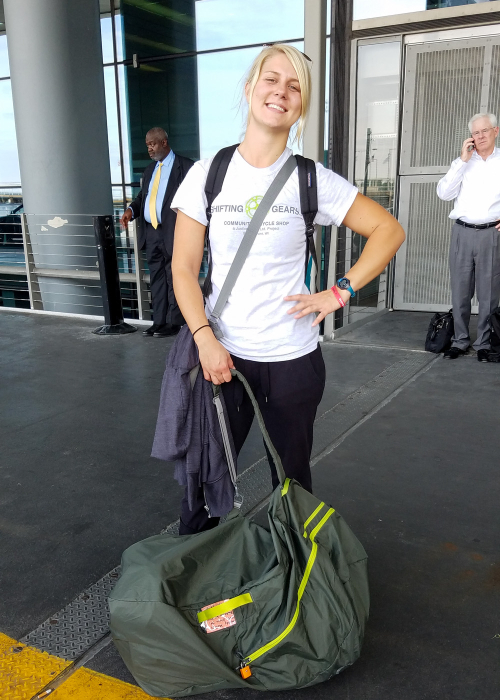 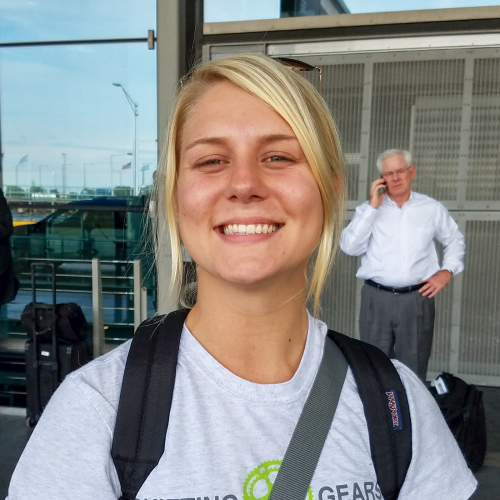 She will be traveling, exploring, discovering, hiking, paddling, and probably working a little bit, too. Maybe on a sheep farm! She will likely travel to other places, as well, such as Australia and Thailand where she has friends. And likely to Europe (Spain!) as she makes her way home next summer. That's getting way ahead of things tho... 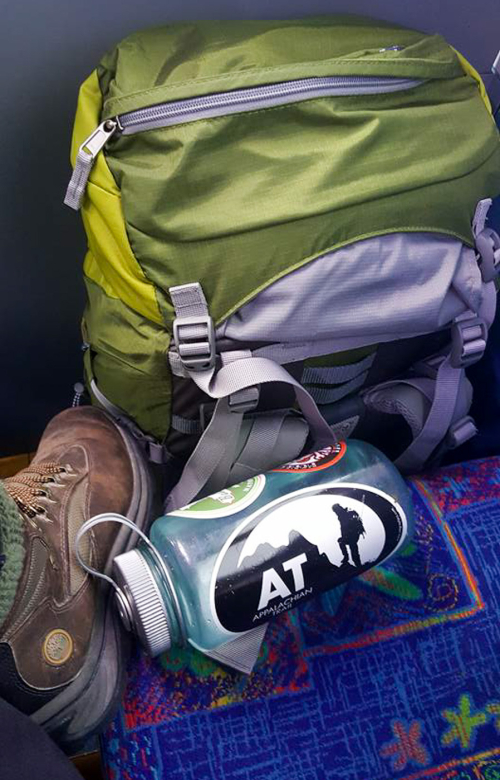 For now, it's enough that she's landed. Yesterday, it was 1 p.m. CST Wednesday/6 a.m. NZST Thursday when she arrived in Auckland. A little time travel! The next few days will be spent settling, acclimating, and preparing for... whatever happens next!

After dropping her off at the airport, we drove back into the city for a visit to the Museum of Contemporary Art Chicago. 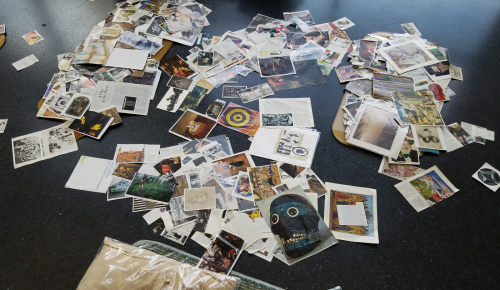 Kerry James Marshall: Mastry is jaw-dropping. I barely took any photos because... you have to see this work in person. It's only up until Sept. 25th... so hurry!

The Propellor Group exhibition was also fascinating (thru Nov. 13th).

Whew! That was one long day... I won't be making a habit of day-trips to Chicago!

*We had our favorite Chicken Thigh Kebabs with Fried Smashed Potatoes & Tzatziki along with Smashed Potatoes with Sheep Feta & Oregano, and Bobota "Greek Cornbread" with Feta, Mizithra Cheese & Honey. Then we got adventurous and tried a couple of new dishes: Housemade Gyros & Pita Bread with Pickled Beets & Pickled Turnips, and Squid Stuffed with Proscuitto & Bread Crumbs with Santorini Fava Puree & Charmoula. Oh my goodness, it was all simply delicious!