READING:  The Paris Wife. I'm actually going to finish it on time for book club! It's like a miracle or something.

KNITTING TINKING:  Follow Your Arrow. I had a mishap with some extra stitches and the pattern's off in one part now. Blech.

LISTENING TO:  Rosanne Cash, among other things, but this a lot lately.

THINKING ABOUT:  Taxes... two returns down, two to go. 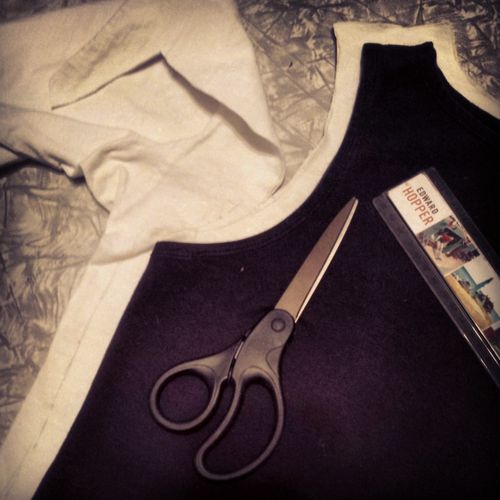 ITCHING TO:  Sew. Stencil and sew and cut and maybe even do some beaded embellishment.

DRINKING:  Beer. Spotted Cow at the moment. Well, not at this very moment, unless you're reading at beer o'clock.

NEEDING TO:  Dust my house.

ORGANIZING:  A lot of the stuff I "downsized" out of the upstairs apartment.

INSPIRED BY:  Spoilers. I have taken a peek at the Follow Your Arrow FO spoilers and may change the tinking to an all-out frogging for a re-start.

DELIGHTED BY:  Room to grow! 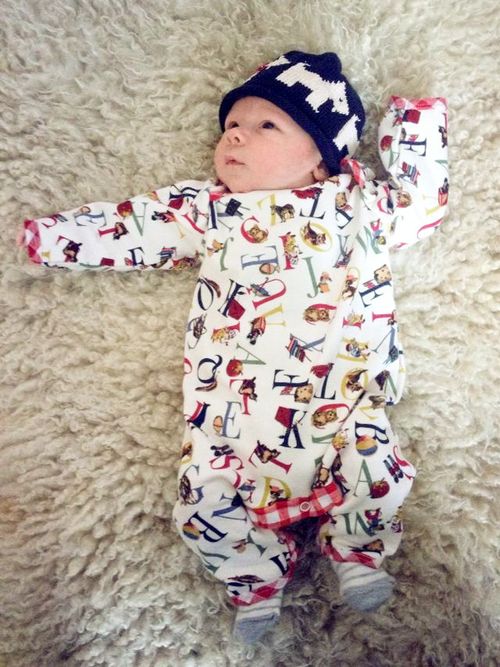 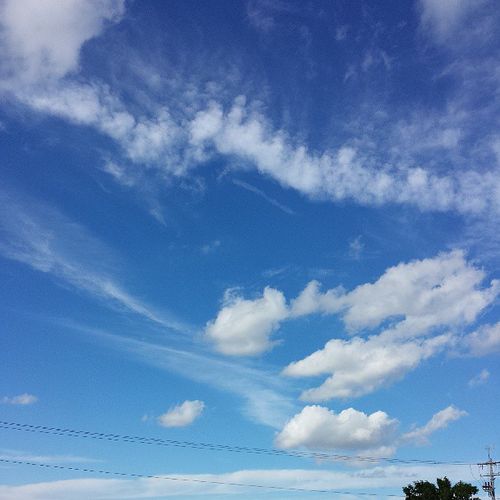 WATCHING . . . Orange is the New Black. I think Netflix is figuring it out! Not only are they offering programs they way their customers like to watch, but their original programs are KILLER. Ahem. On that note, I'm sure it will surprise no one to know that instead of OITNB, I watched The Business of Being Born last night.

READING . . . I haven't actually cracked a book in months... until Tuesday when my Amazon order arrived, consisting of Special Women: The Role of the Professional Labor Assistant

and a few other books in that vein.

Becoming a doula has been on my radar for years, and now... That Alison wants me attendant at the birth is a given. I would like to be knowledgeable as well as instinctively supportive! Who knows, maybe this is the push and start to actually pursuing certification. 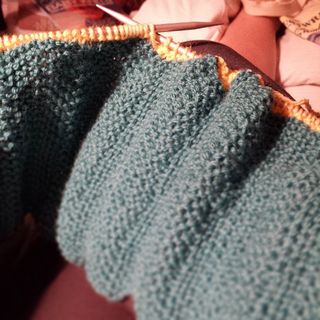 KNITTING . . . Um, baby stuff? As established, I recently finished Little Heaume and am only in need of a button to finish. Imagine my delight at learning that the National Button Society will be holding their Diamond Jubilee Convention here in a couple of weeks! I just happen to have a few other items in need of buttons. I am also working on Purl Soho's Chevron Baby Blanket, using a superwash wool in 3 colors. I just made the first color change and... now I'm bored and ready for something else. It'll probably be Pull Gaspard, you know, for my "portable" knitting project; I just have to decide which size.

LISTENING TO . . . Happy! Clap along!! I was so happy when I learned that Pharrell Williams was doing the music for Despicable Me 2 (Original Motion Picture Soundtrack)

. I first learned of Pharrell in Snoop Dogg's Beautiful (I love visiting Rio that way)! He also made an appearance last season as a guest coach for Usher's team on The Voice. And then, of course, there's this summer's controversial number with Robin Thicke and T.I., Blurred Lines... causing a bit of a stir. Sassy. I like to turn it up loud.

I don't know what it is, exactly, but I love Pharrell's voice and the way he sings. Plus he's so boyishly cute. So, fine, I'm having a little crush. Anyway, Happy is a fabulous early-morning, start-the-day, going-to-work song. The other DM2 songs I have starred in Spotify are Fun, Fun, Fun and Just A Cloud Away. Also, the movie was cute.

DREADING . . . Katie's departure for Scotland... five (5!) weeks from TODAY. My feelings about this are multi-faceted, of course; I am also Celebrating, Itching To, Inspired By, and Delighted By... among other things.

PLANNING . . . To pack a lot of fun into this "last month of summer." Thanks to one of the women in knitting group, I'll be catching a 6 a.m. bus next Friday for Stitches Midwest! There's a trip to Door County on the calendar, as well as a quickie to Chicago, the button convention, a rummage sale, a month of farmer markets, a writing project, and a little photo gig for some old, old friends. Someone will have to help Maddy and her friend Katy move into their first apartment this month, too!

ITCHING TO . . . Like Kym, I am (have been) itching to do some sewing! I have some things ready to sew, some clothing to take in, a quilt cut and ready, another that I'd like to make... maybe for a baby. My machine's a Husqvarna, and it's getting time to go! 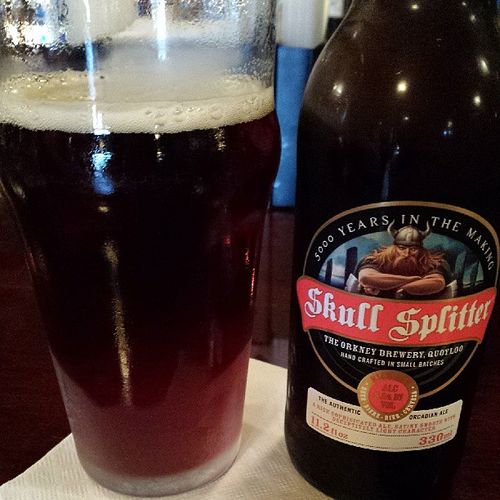 NEEDING TO . . . Shop around for health insurance. Yep, it's that time of year again. I'm not sure how many more years I'm going to be able to take a 20% annual increase in health insurance premiums. Next year I'll have surpassed another "milestone" birthday. This is not the area where I want to spend all my money! I don't understand and it all makes my head hurt; insurance and the medical machine make my blood boil... certainly none of this can be good for my health!

ORGANIZING . . . Yarn! Sort of. I'm working on it. It's part of the plan to clean out my workroom for the installation of French doors. Rusty's been helping Ali & Rod with a bathroom remodel project at their house, giving me some reprieve. Naturally, I've ignored my task altogether. Tsk. 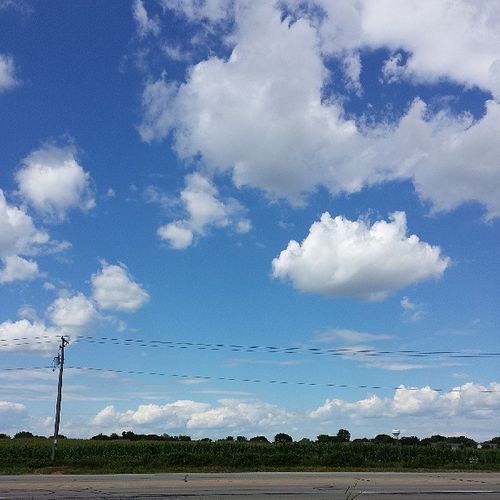 INSPIRED BY . . . Relatively stable weight in July and apparently finding true balance in my diet. I have buckled down a bit, now, for August, in an effort to lose a few more pounds. I'm delighted to know that I can have my cake (ice cream, beer, the occasional potato chip, chocolate) and eat it, too, without guilt, really, or worry that I've "ruined my diet." I really "treated" myself well and with abandon in July, but am apparently doing okay on a day-to-day basis and held my own. This has to be the way I was meant to eat...

DELIGHTED BY . . . My girls. Always, my girls! Katie's preparations for attending the University of Edinburgh are so exciting. Alison, of course, is in the midst of one of the most exciting periods of her life. Maddy will soon be winding down the summer camp counselor job and amping up the school-year coffee shop manager job, in addition to continuing to work on her education degree.

My house is going to be completely empty soon, for the first time in a long time.

Wait. Where was I? What was I doing??

I haven't knit a stitch in over a week... that's unheard of 'round here! I did weave in some ends last night, though. 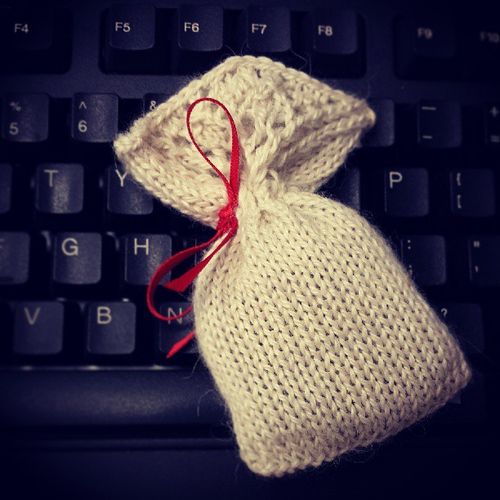 A lavender sachet for my sister's birthday! This one is the largest I've knit, using luscious sport-weight alpaca-silk-cashmere leftovers from Romi's Mystery Shawl KAL (I'm on the home stretch with that project). I came close but never had the time to finish the girls' sachets for the wedding, and feel compelled to finish them all before I do anything else! (Gah. Why didn't I knit them all in-the-round, again?)

So that's what I'll be doing to fill any down-time at tomorrow's farmer market! It's the third market of the season, but our first. The weather isn't very promising (thank goodness we don't have a wedding!), so fingers crossed!

It's all kinds crazy around here right now...

I think I've done pretty well at switching gears from work to wedding and back to work without much breathing time in between, but I gotta tell ya, I am so looking forward to Sunday morning!! I have a few other days off coming up and am trying not to fill them up with too terribly much... other than some yarn orders to work on and some prep for a home improvement project, I'd like to just do some sitting and knitting! And maybe some bicycling if it's nice out! And wouldn't it be nice to actually cook something? 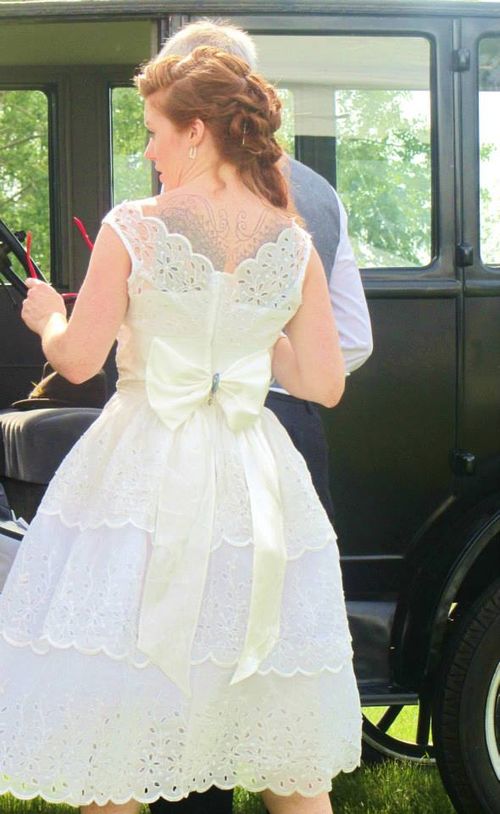 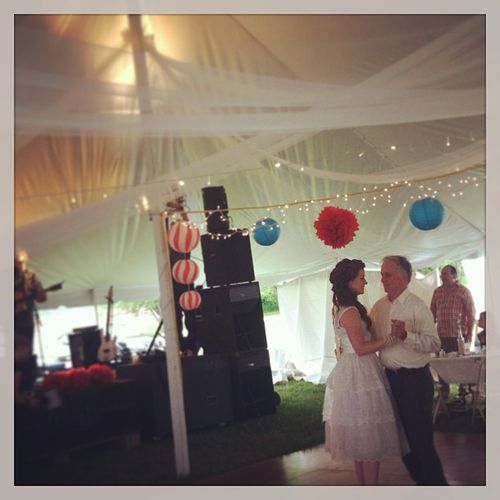 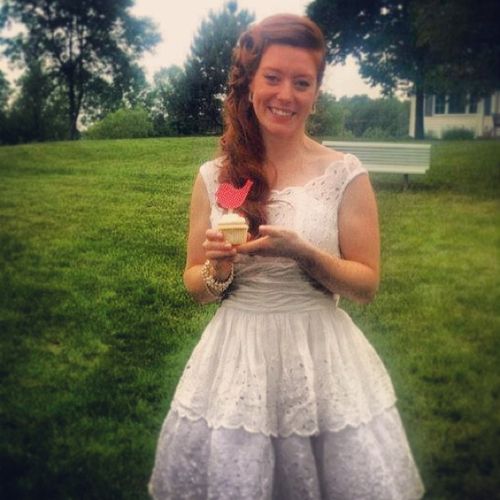 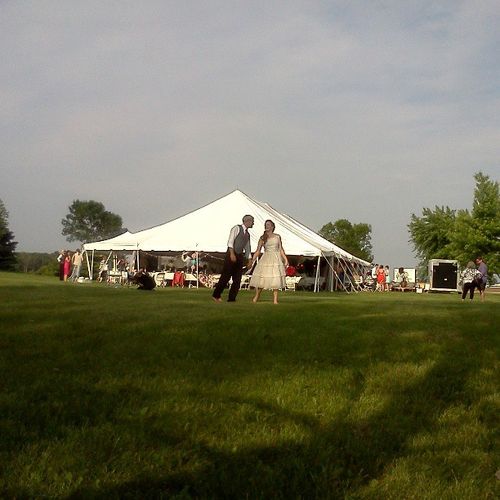 Winter is just not letting loose its grip! Nothing about 2013 is like last year, or even "normal." I'm just working at keeping it together day-to-day. 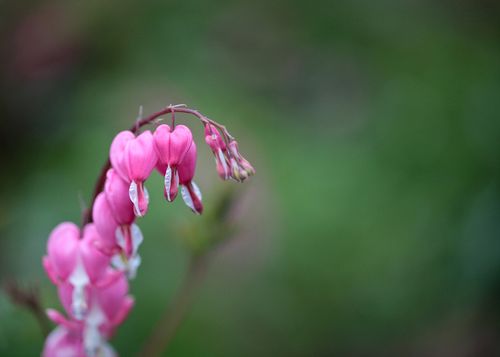 Bleeding hearts in my garden at this time last year!

With that great set up (and thanks to Kym), here's what's holding together in my life  . . . RIGHT NOW.

Watching: Call The Midwife, Elementary, Blue Bloods; I like Hawaii Five-O for background music and occasional eye candy; loved House of Cards on Netflix; if I had cable, I'd surely be watching Madmen (I just finished a marathon catching-up of last season); if I lived in the U.K., I'd be watching The Great British Sewing Bee.

Sewing! I've been threatening for the past few years to really get my sewing maching humming. I have the pieces for a quilt all cut out and ready to go, but now it'll be a race to see whether that pulls me in before I'm completely overcome by the hand-sewing/embellishing craze.

I recently signed up for Hand-Embellishing Knit Fabric: Stenciling, Applique, Beading and Embroidery on Craftsy. Not an inexpensive class, I watched the whole series over a couple-few days on my lunch hour and can't believe how much I learned about sewing! There's a great Donna Karan jacket pattern included in the price, and a one-time discount on kit or project materials from Alabama Chanin. (I took advantage of an even deeper discount on April Fool's Day for some of my materials. I'm in no particular rush, and there's much to do before I needle my thread, so I'll just keep watch for further promotions.) It's the finer details and geeky stuff that has me totally pumped about hand sewing, not to mention a serious Alabama/Natalie Chanin love affair going on over here.

Knitting: Mindless is in order much of the time right now, so another color-blocked Vintage Baby Cardigan is on the needles. I have plans for more!

I should be knitting wedding things. I've stalled half-way on the shawl. I made a mistake resulting in the need to start Ali's gauntlets over. I never quite got the attendants' off the ground... problems with procuring suitable materials... there's still a chance for it all to come together; we'll see. Ali's are the priority.

Dreading: The idea of cleaning out my studio/office/junk room in preparation for a little remodeling project. This little project will result in a big (and overdue) paint job in our living area and some major rearranging of a few spaces.

Planning: An overnighter in Milwaukee next month. A quick trip to Lake Geneva later in summer. Not quite in planning mode for Scotland, but soon.

Itching to: Go outside without a jacket on; opening windows and doors!

Needing to: Get some things ship-shape for upcoming company. (Some of these projects make me feel like a candidate for Hoarders.)

How about YOU?  What's up with you?